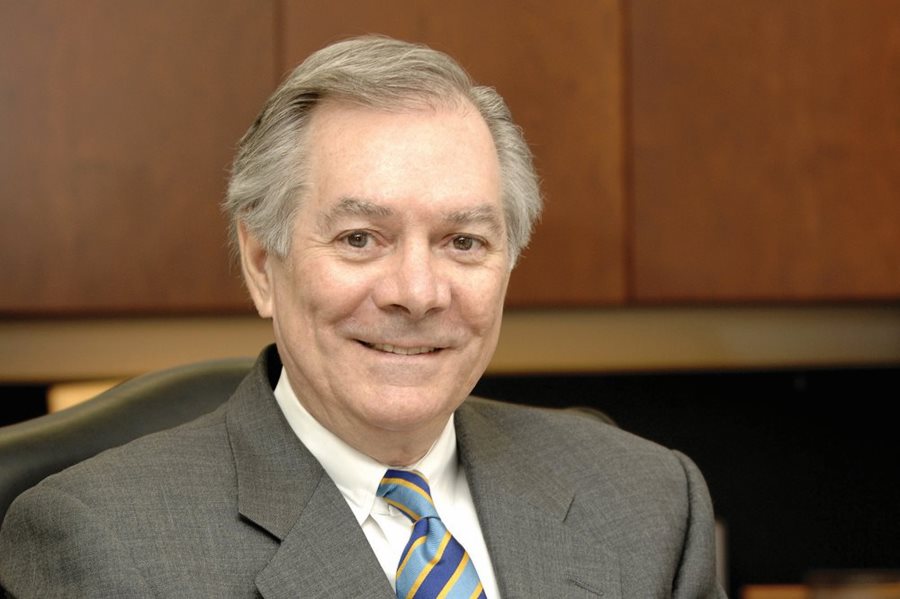 Bernie Judge was an esteemed Chicago journalist who had led many newsrooms in the city, having served as a one-time top editor at the Daily Law Bulletin, Chicago Sun-Times, Chicago Tribune and City News Bureau.

In June 2019, Mr. Judge, a longtime member of the Chicago Journalists Association, passed away after a long and courageous fight with pancreatic cancer, at the age of 79.

Mr. Judge began his career as a reporter at the City News Bureau in 1965. He then took a job with the Tribune, covering state and federal courts and government. Mr. Judge returned to the City News Bureau in 1983 as its editor and general manager, and then worked as an executive editor for the Sun-Times before becoming editor and publisher of the Daily Law Bulletin and its sister magazine in 1988. At the Law Bulletin for nearly 20 years, Mr. Judge retired from the industry in 2007.

Mr. Judge oversaw two Pulitzer-Prize-winning projects at the Tribune in 1976 — investigations into abuses in federal housing programs in Chicago and conditions at two private hospitals.

“I wouldn’t be who I am today without Bernie Judge,” journalist David Axelrod, former senior advisor and lead strategist for President Barack Obama, told the Law Bulletin.

After college, Axelrod started as a reporter on the Tribune’s night city desk. Judge hired him in 1976 when Judge was city editor and Axelrod was an intern. After his time under Obama, he joined CNN as senior political commentator in 2015 and this year became the director of the University of Chicago’s Institute of Politics.

“I really feel I owe so much of who I am to him,” Axelrod said in the article. “I think there are a lot of other people who feel the same way.”

A lifelong Chicagoan, Mr. Judge was raised on the South Side. His diverse reporting experience, which focused on investigative, metro, politics, court reporting and more, earned him wide praise and respect from the Chicago journalism community.

When actor Edward Asner portrayed city editor Lou Grant in CBS’ “Mary Tyler Moore Show” and the spinoff series “Lou Grant,” he asked for Judge’s advice about the nuances of running a newsroom.

Throughout his career, Judge won several awards and was inducted into the Chicago Journalism Hall of Fame. In 2001, he won the Constitutional Rights Foundation of Chicago Bill of Rights in Action Award. He also won the Headline Club Lifetime Achievement Award, the City Club of Chicago Excellence in Journalism Award and the Illinois Press Association James C. Craven Freedom of the Press Award. Mr. Judge was the first recipient of the Fenwick Accipiter Award in 1997 and was inducted into the Hall of Fame at his alma mater, Fenwick High School.

Mr. Judge is survived by his wife, Kimbeth Wehrli Judge, and three children.