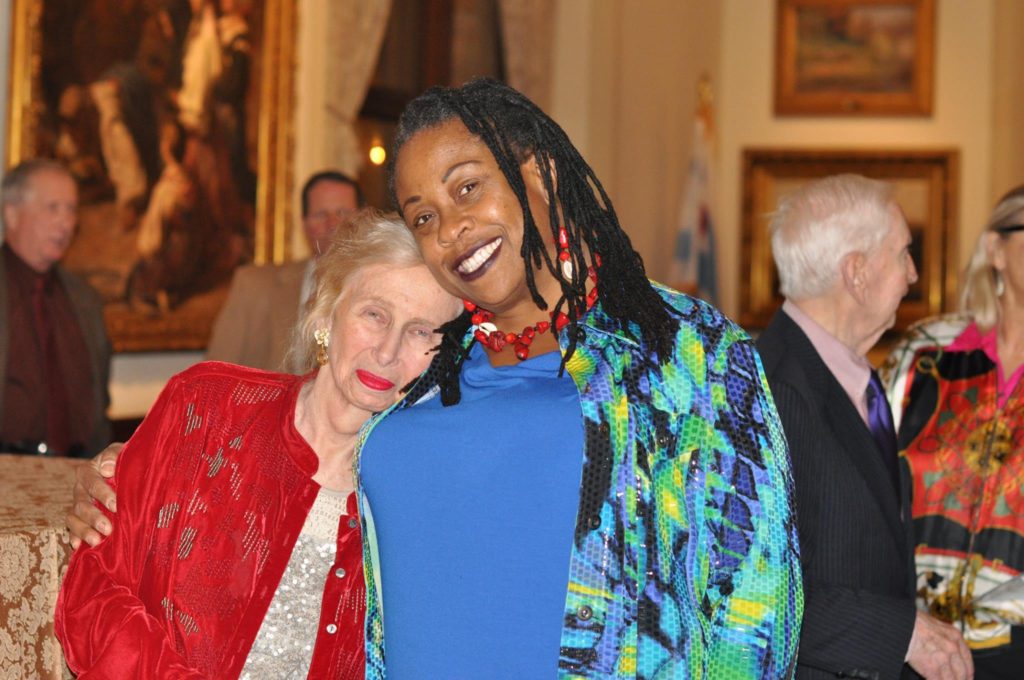 At a time when most foreign correspondents were men, Georgie Anne Geyer broke the mold for female journalists. She reported from dangerous locations all over the globe and sought out the most powerful male leaders. She succeeded in interviewing many, including Fidel Castro and Saddam Hussein.

Ms. Geyer, a longtime member of the Chicago Journalists Association, died in May 2019 of complications from pneumonia, at the age of 84. She had been earlier diagnosed with oral cancer.

Born April 2, 1935, and raised in Chicago’s working-class Far South Side neighborhoods, Ms. Geyer graduated from Northwestern University’s Medill School of journalism and attended the University of Vienna on a Fulbright scholarship. She became fluent in Spanish, German, Russian, and Portuguese.

In her 20s, Ms. Geyer, affectionately known as Gee Gee, cringed at the thought that she should use her femininity to land interviews or coax world leaders.

“I just couldn’t picture waking up at 3 in the morning with some stranger lying next to me and saying, ‘Eh, Che, mi amor, tell me where your missiles are?’” she wrote in “Buying the Night Flight: The Autobiography of a Woman Foreign Correspondent.”

“Above all, I am a true universalist, appreciating every culture, speaking five languages, exploring the countries of the world with the passion of a lover,” she wrote.

Ms. Geyer continued to write her column until late in life, but with illness, had to largely forgo speaking engagements and found it difficult to carry out interviews or appear on Sunday morning news roundup shows that she so desperately enjoyed.

In her book “ Americans No More,” she underscored her right-leaning beliefs. Part of being successful at her work, she said, “I have to tell them that the way you control your interviews (or any other part of your work) is to know more about the subject than the other person does.”

And in an interview, Ms. Geyer said, “Of all the many places I have been, there is nothing I like better than to see Chicago, where it all — me and my career — started.”

In 2016, Dominican University introduced the Georgie Anne Geyer initiative to highlight the importance of foreign correspondents and encourage future journalists to pursue this work. CJA board members attended the initiative’s inaugural lecture. Read more about it here.