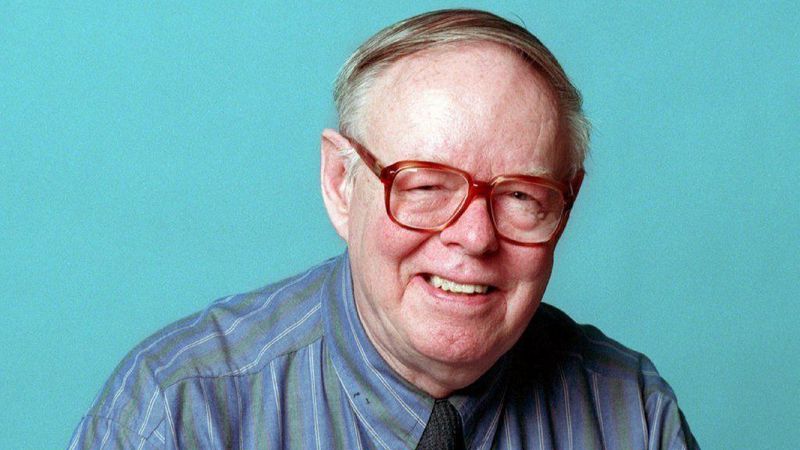 Having completed nearly 50 years of composing columns and feature stories, “gentle-demeanored” and “lighthearted” is how readers and colleagues remember Chicago journalist Robert J. Herguth. And it was such characteristics that helped him provide an intimate view of interviewees, from the likes of Chuck Norris to John F. Kennedy.

Mr. Herguth, 93, a longtime member of the Chicago Journalists Association, died May 2019 of natural causes, in an assisted living facility in Portland, Oregon. He had moved there to be closer to his daughter, visual artist Jeni Sellers.

Born in Chicago, Mr. Herguth grew up in St. Louis. After graduating with a journalism degree from the University of Missouri, Mr. Herguth worked as a reporter in El Paso, Texas and Peoria, Illinois before being hired at the Chicago Daily News and Chicago Sun-Times.

He built an award-winning, storied career with a trademark writing style riddled with puns and limericks, all original and created by him. Readers joined in on the pun fun, at times sending him their own play on words. And his license plate read “PUN.”

“He was unrelenting in his humor and his kindness,” his son, Bob Herguth, Jr., told the Sun-Times.

While Mr.Herguth well knew that some editors did not like puns, he tried them anyway until he won them over. He once told a reporter that he settled on an agreement with many of his editors: “It was finally decided, ‘OK, you can have puns, but they have to be good puns.’”

“He was a maestro of wordplay,” Jack Schnedler, former Sun-Times travel editor, told the Sun-Times.

Those who read his columns often called him by his nickname — “Hergie.” And while Mr. Herguth had a hearty sense of humor, he was versatile and skilled in his ability to cover all types of news, former bosses said.

“He could handle any type of assignment with competence and dispatch. No doubt the news sources trusted him to tell their stories with accuracy and respect,” George Harmon, assistant city editor at the Chicago Daily News and a rewriteman, told the Wilmette Beacon. “And as a human being, no finer man could you meet.”

Mr. Herguth’s legacy continues in his son, a longtime journalist who followed in his father’s footsteps at the Sun-Times. Herguth, Jr. said that as far back as 9 years old, he remembers his father publishing a digest that was sold to friends and family for a nickel.

His son said he carries with him the advice Mr. Herguth passed on to him, which echoed his father’s honest work ethic and determination to find the story.

“Apologize, own up and tell the bosses it’ll never happen again; and that if I don’t know something, tell the bosses ‘I don’t know, but I’ll find out.’ … He taught me to be honest, and work hard and do my best,” Herguth, Jr. said.