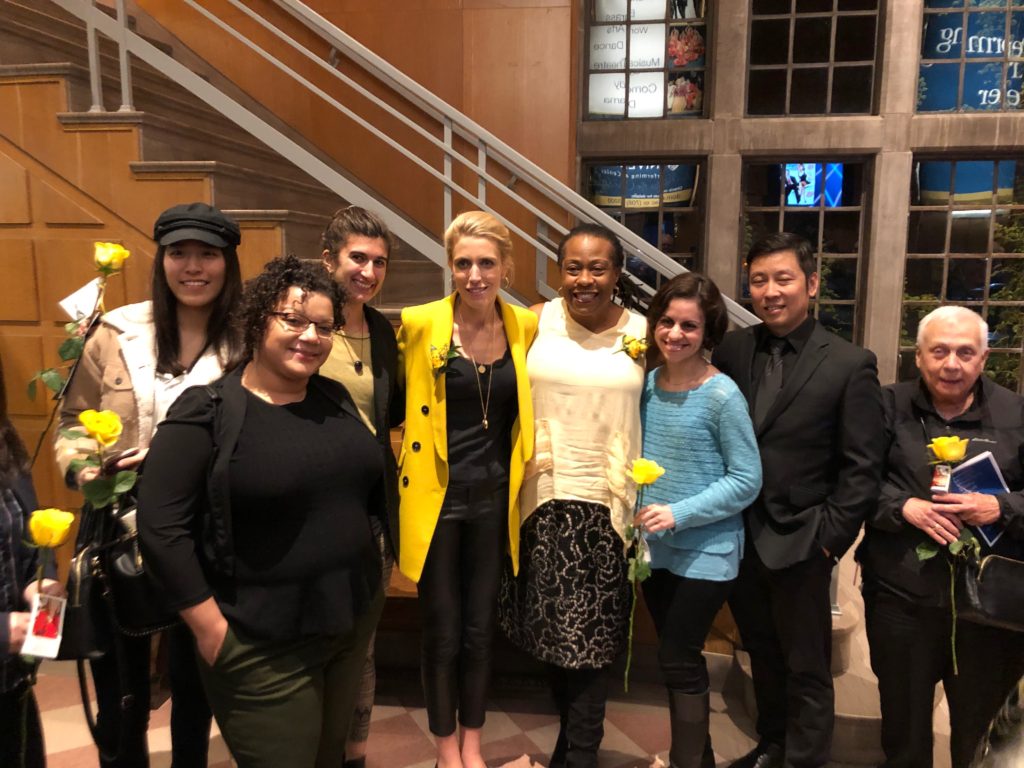 By: Ariel Parrella-Aureli and Stephanie Choporis

For the past four years, Dominican University’s journalism department has honored Geyer’s work and legacy through its Georgie Anne Geyer Initiative, which aims to promote the importance of foreign correspondence and create educational opportunities for students interested in the field. The initiative features a scholarship program and annual guest lectures from prominent journalists, such as award-winning CBS and NBC News reporter Marvin Kalb. CNN chief international correspondent Clarissa Ward led this year’s event on Oct. 2.

Ward is a modern-day Geyer. In her already acclaimed career, she has reported from various countries, including Moscow and Beijing, and covered the Syrian civil war. Much like Geyer, she has interviewed international leaders and even risked her life to tell important stories. Ward has won five Emmy Awards and was one of the first Western journalists to correspond with the Taliban in Afghanistan.

Fresh from covering the “now-infamous” Ukraine phone call involving President Donald Trump, Ward flew to Chicago for one night to take a break from reporting and share her career experiences with students, fellow journalists and community members who filled Dominican’s Performing Arts Center.

“At its core, to witness history is really the greatest privilege there is,” Ward told the crowd. “Having a job as a foreign correspondent is having a front-row seat in history.”

Throughout her 15-year career as a foreign correspondent, Ward has realized that this type of work isn’t suitable for everyone. She noted how some of history’s great correspondents tend to embody certain qualities. One of them is listening.

Ward has learned to find compassion, understanding and connection with her sources and the topics she covers. She does this by fully engaging and listening to the people and happenings around her. Whether she’s watching a family receive news of a loved one’s war-related death or witnessing a death herself, Ward tries to sit with the discomfort and pain and embrace the compassion she has within her.

“Listening and bearing witness to be there in moments of profound suffering, devastation — to not look away, not look at your phone, just sit in and listen,” she said.

Ward thinks curiosity is another key quality for foreign correspondents. She has worked with a number of people who are “burning with questions” and excited to get outside of their comfort zones, even as they get older. She found Geyer to be one of these people. Geyer died on May 15 at age 84 but still wrote her syndicated column until a few weeks before her death.

The evening concluded with a video tribute to Geyer’s impressive career. While this marked the first lecture without her in attendance, the entire room felt her presence throughout Ward’s compelling speech. Upon exiting the auditorium, guests were even handed yellow souvenir roses with Geyer’s memorial card attached.

Visit our Facebook page to see Ward’s full speech and more photos from this special night.