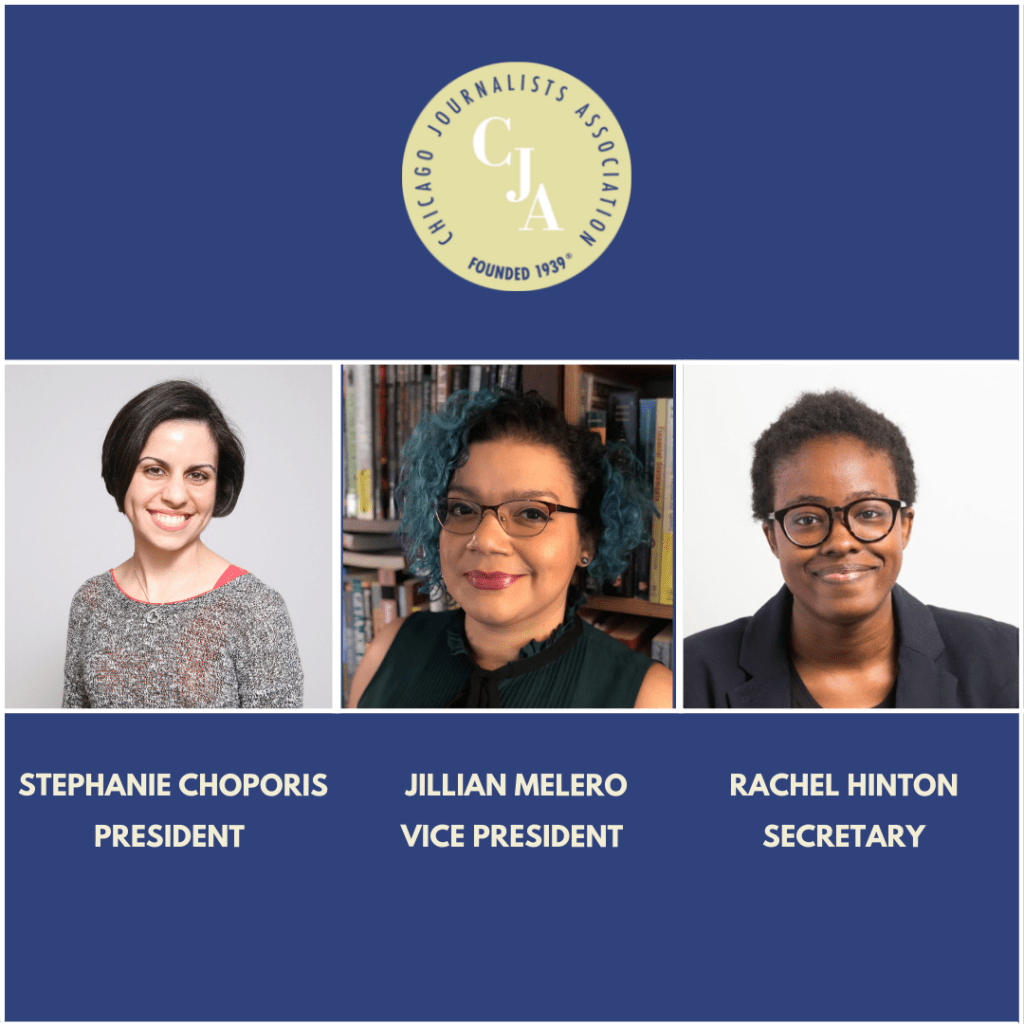 For the first time in more than 80 years, the Chicago Journalists Association has appointed women to all of its officer positions, the organization announced.

Melero is the associate digital editor/producer for WTTW News and has an extensive background as a science communicator and energy reporter. Hinton is currently an enterprise reporter with the Better Government Association after previously serving as chief political reporter for the Chicago Sun-Times. Both will assist with overseeing organizational finances, creating more inclusive programming and forging stronger relationships with Chicago area newsrooms and institutions.

“In one short year, Jillian and Rachel have demonstrated initiative, dedication and the ability to continue positioning CJA as a stalwart and prestigious organization,” Choporis said. “I’m incredibly excited to work with both of them in an even greater capacity.

The announcement comes shortly after the group awarded 30-plus certificates to the first cohort of its MasterJourno Class — a multi-part, virtual training series that detailed essential tools and strategies for individuals interested in becoming full-time freelance journalists.

The three women will continue to work alongside fellow board members Jesus J. Montero, Jamie Friedlander Serrano and Courtney Sturgeon, all of whom will serve the organization through 2023.

Choporis said they are already gearing up for an all-member meeting later this month, which will take place in person for the first time since the COVID-19 pandemic began. Plans for the organization’s annual fall awards ceremony are expected to be announced soon.

“I have enjoyed every minute of working with this board,” Choporis said. “Each director has a unique, creative perspective, and it’s always a joy to hear the fresh ideas that they bring to this storied organization.”

Choporis’ presidential post is historic as well. She is the youngest and only the second woman to be at the helm in CJA’s 83-year history. She succeeded former president Maudlyne Ihejirika, who served as the group’s first African American leader, in 2021.

The Chicago Journalists Association is a nonprofit organization boasting a storied membership of active/veteran print, broadcast and digital journalists, media and communications professionals, associated journalism educators and college journalism students in Illinois/Northwest Indiana. CJA’s core mission is the advocacy and rewarding of journalistic excellence through prestigious journalism award competitions; professional development of our members; and mentoring of the next generation of journalists.

Membership is currently free. To join one of Chicago’s oldest organizations of journalists, submit a CV/resume to chicagocja@gmail.com.