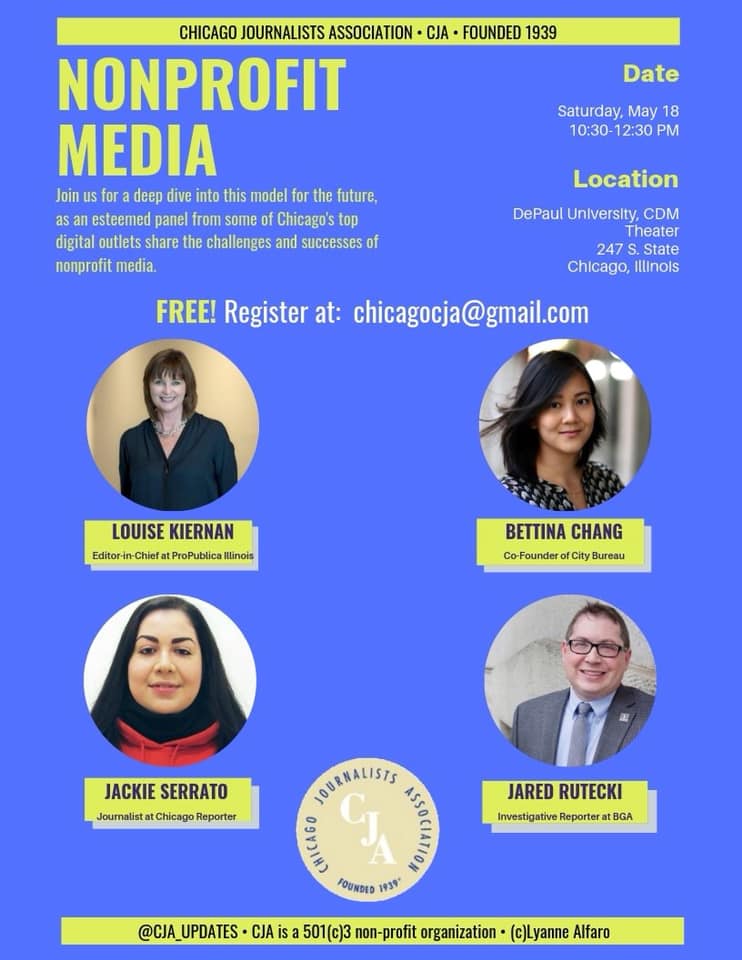 We are back at it! The Chicago Journalists Association is hosting an event for veteran and aspiring journalists alike! On Saturday, May 18, we’ll be holding a panel discussion highlighting the challenges and successes of nonprofit media.

This FREE event will take place from 10:30 a.m. to 12:30 p.m. at DePaul University (247 S. State St.) and will feature panelists from some of the city’s most prominent nonprofit media outlets:

Louise Kiernan, Editor-In-Chief of ProPublica Illinois
Louise comes to ProPublica from Northwestern University. Before then, she worked for the Chicago Tribune for 18 years, serving as the newspaper’s enterprise editor, writing coach, urban affairs team editor and a special projects team editor and reporter.

Jared Rutecki, Investigative Journalist at the Better Government Association
Jared manages the BGA databases and creates stories on state and local government matters, including topics such as pensions, payroll and public safety. He was previously web producer of The Columbus Dispatch.

Help us pack the house just like our last event. Come meet some of Chicago’s top journalism entrepreneurs! Please note that guests are required to RSVP to chicagocja@gmail.com.