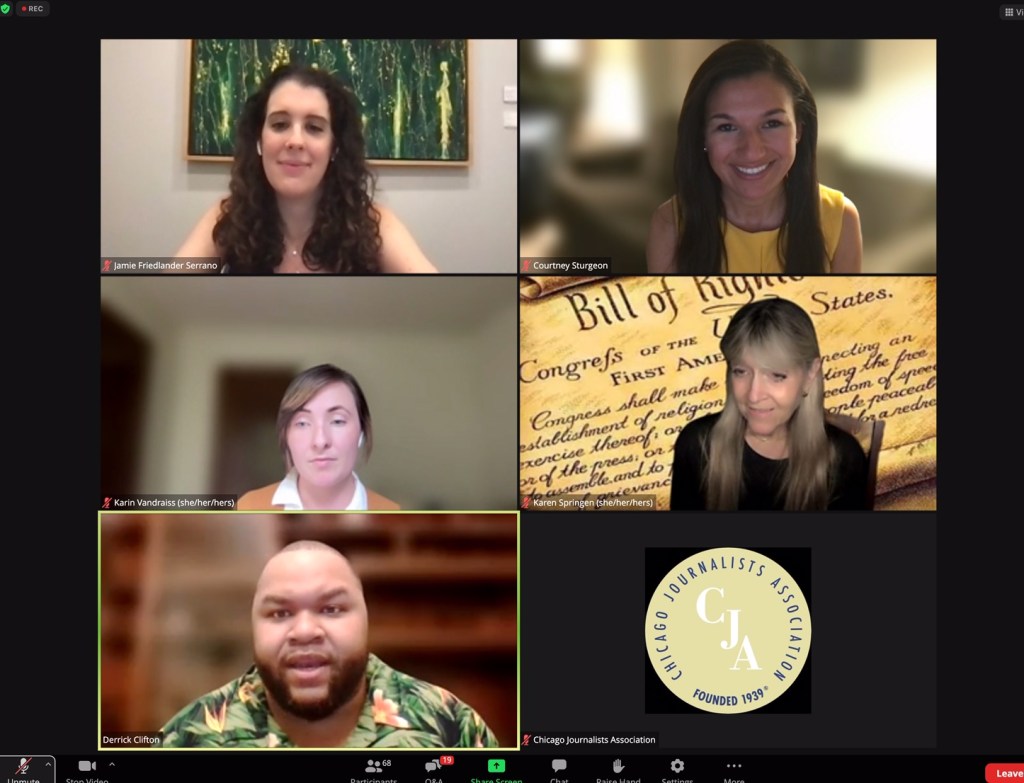 The Chicago Journalists Association, one of the city’s oldest journalism organizations, awarded more than 30 individuals with certificates this summer for mastering the basics of freelance journalism, the organization announced.

“It’s truly a privilege to provide this opportunity to fellow journalists near and far,” said CJA president Stephanie Choporis. “We were absolutely thrilled to have such a great response to the inaugural MasterJourno Class.”

More than 100 people, some of whom resided as far as Pakistan and South Africa, registered for one or more of the panels. Those who tuned in for all three sessions were eligible for a certificate of completion and resume/pitch review, provided by CJA’s Board of Directors.

The Chicago Journalists Association is a nonprofit organization boasting a storied membership of active/veteran print, broadcast and digital journalists, media and communications professionals, associated journalism educators and college journalism students in Illinois/Northwest Indiana. CJA’s core mission is the advocacy and rewarding of journalistic excellence through prestigious journalism award competitions; professional development of our members; and mentoring of the next generation of journalists.

Membership is currently free. To join our storied organization, submit a CV/resume to chicagocja@gmail.com.