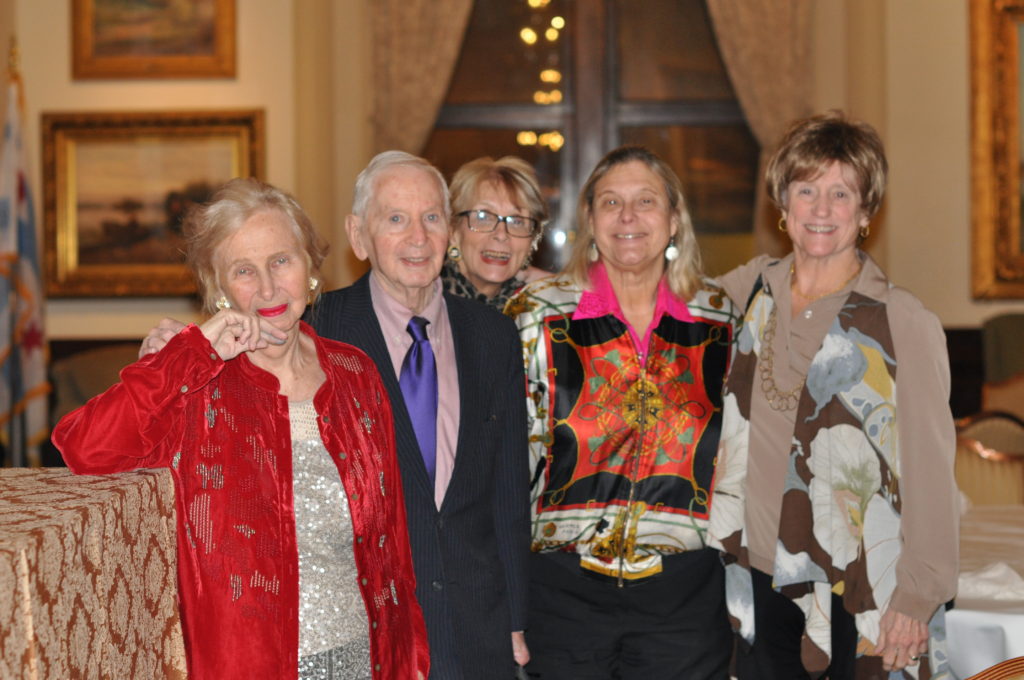 It’s always tough to write about friends who have passed away, especially journalists you had known for many years. Like me, they were part of a generation born before 1985, who knew what life was like with and without the internet.

All three were members of our Chicago Journalists Association, formerly the Chicago Press Vets. I kept in touch with Geyer, who preferred to be called “Gee Gee,” and Herguth throughout the past 20 years. I didn’t know Judge but heard about his reputation as an esteemed reporter and editor. Tributes by their longtime friends made me realize how little I really knew about each.

Geyer grew up well before the women’s movement arrived. She graduated from Northwestern University’s Medill School of Journalism and later earned a Fulbright scholarship, which took her to the University of Vienna. She even became fluent in several languages, such as Spanish, German, Russian and Portuguese. She began her newspaper career at the former Southtown Economist before moving to the Daily News. It was there that she became a foreign correspondent, during a time when men received different reporting opportunities than female journalists.

To provide some context, the following headline was written about Geyer as she was reporting on an Arab military summit in Rabat, Morocco in the 1960s: “Our man at the summit is a girl.”

During her career, she chased after the world’s most despotic leaders and carved paths for future women journalists. If women and men received different reporting opportunities back then, women were, unsurprisingly, excluded from male-dominant foreign press corps.

Geyer was also a columnist with Universal Press Syndicate, and her twice weekly columns on international affairs appeared in more than 120 newspapers in the United States and Latin America. She was also an author of several books.

When I notified her that she was going to be recipient of our prestigious Daniel Pearl Award, she wrote me stating, “Of all the awards I have received, this is the one I always wanted!” Nice.

A memorial will be held by her closest friend, Gera-Lind Kolarik, at Dominican University on Wednesday, Oct. 2, prior to the school’s annual Georgie Anne Geyer Initiative lecture. All CJA members are invited at no cost. Read more information here.

Although I was a copy boy at the Chicago Daily News in 1950, I never knew Bob Herguth. Perhaps he came aboard as a feature writer and columnist after I left the newspaper. We did meet up after I became president of the former Chicago Press Vets in 2001, succeeding noted Chicago Tribune and WLS-TV investigative reporter John O’Brien, and Herguth became a great contributor to our organization.

He received a journalism degree from the University of Missouri and was employed at several newspapers before and after serving in the Army during the Korean War. He joined the Daily News covering all sorts of stories before finally writing a daily column called “Herguth’s People.” For more than a decade, it provided readers with a lively mix of news and gossip on topics ranging from show business to politics to sports. But it was most popular for its puns. He later moved to the Chicago Sun-Times, retiring in 1999.

Most of my discussions with Herguth revolved around the future of our organization, founded in 1939, inasmuch as he had served on our board of directors. It had been a casual relationship throughout the years with Herguth sometimes contacting me about joining the annual Daily News reunion committee. Tall and laid-back, he stood as a gentle giant.

On Oct. 17, 2014, CJA honored Herguth and his wife, Margaret (Marge), for their contributions over the years. He met Marge when she was a feature writer at the Daily News. They got married, gave birth to three children and settled in Wilmette, Illinois. She died several months prior to the event at age 79.

“He really cared about the people who worked for him.”

I never had the opportunity to personally meet Bernie Judge but heard about his reputation as an outstanding editor and was delighted to have him as one of our members. According to political strategist David Axelrod, Judge was, “… a guy with a great deal of humanity. He really cared about the people who worked for him and would go to bat for them.” He also “never went looking for fights, but he never ducked one.”

Such was the case one evening when Judge got into a brief fight with late columnist Mike Royko at the Billy Goat Tavern. A winner was never announced and both continued drinking.

Throughout his career, Judge served as an editor at the Sun-Times, City News Bureau of Chicago and Chicago Daily Law Bulletin. He was even appointed by the Illinois Supreme Court in 2012 as commissioner of the Illinois Attorney Registration and Disciplinary Commission. He reminded me of several tough but endearing metro editors I served with during my six years as a copy boy at two newspapers. Apparently, I wasn’t the only one who felt this way.

“There was no better place to learn investigative reporting than Chicago and no better teacher than Bernie,” Pulitzer Prize-winner and University of Maryland professor Deborah Nelson told the Sun-Times. “He loved Chicago and knew Chicago, and he didn’t let anyone stand in the way of getting the truth.”

Say 30 to three of the finest journalists.

One comment on “A brief walk down memory lane”